The Legend of the Irish Claddagh Ring 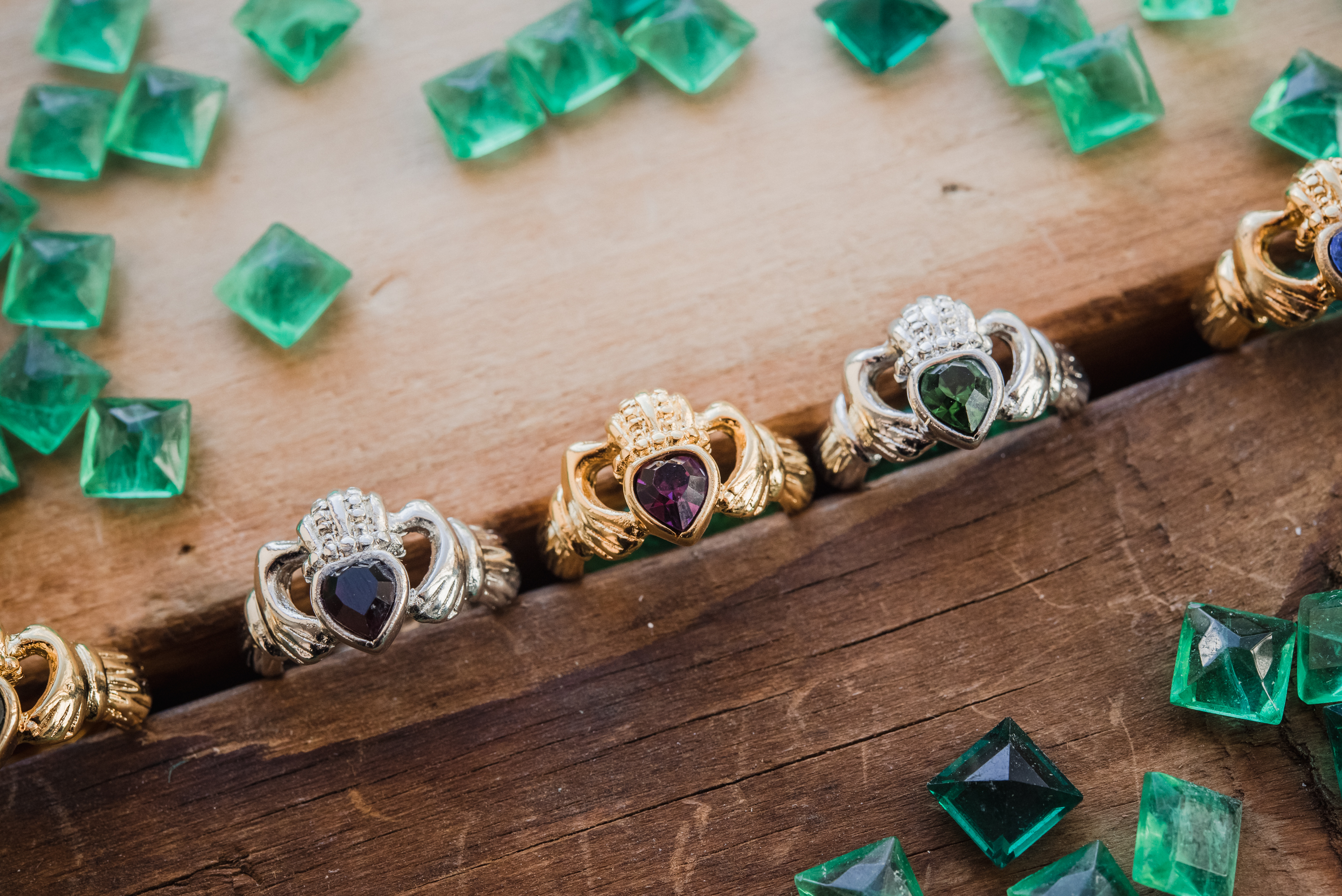 The legend was first told over 300 years ago in the ancient fishing village of Claddagh, outside the walls of the City of Galway on the west coast of Ireland.The Claddagh is a traditional Irish ring exchanged as a token of love. Many Irish wear the ring as an engagement or wedding ring. The Claddagh Ring dates from the 17th century and originated in the little village of Claddagh in Galway, Ireland. There are a number of stories which claim the origin of the Claddagh ring but the most popular of these is that of the Joyce family.

It is said that Richard Joyce was a silversmith working in the 1700’s. Joyce had been captured by Algerians and sold to a Moorish goldsmith that needed an apprentice and noticing Joyce’s talent he taught the goldsmith the trade. In 1689, he was released from slavery when William III demanded the release of all British prisoners. Upon hearing this, his captor offered him half of his wealth and his only daughter in marriage if he would remain in Algeria with him. Joyce declined the offer and returned to Galway where he established his own jewelry business creating his most famous design, the Claddagh ring. His initials (his maker’s mark) are on the earliest known surviving Claddagh rings.

Faith Rings for Love - Friendship - Loyalty - Fidelity
The Claddagh Ring merges the basic 'clasped hand design' of Fede Rings or “Faith Rings” with a heart and a crown signifying Love, Friendship and Loyalty or Fidelity. These rings were kept with great pride as family heirlooms, which were passed lovingly down from mother to daughter on her wedding day. 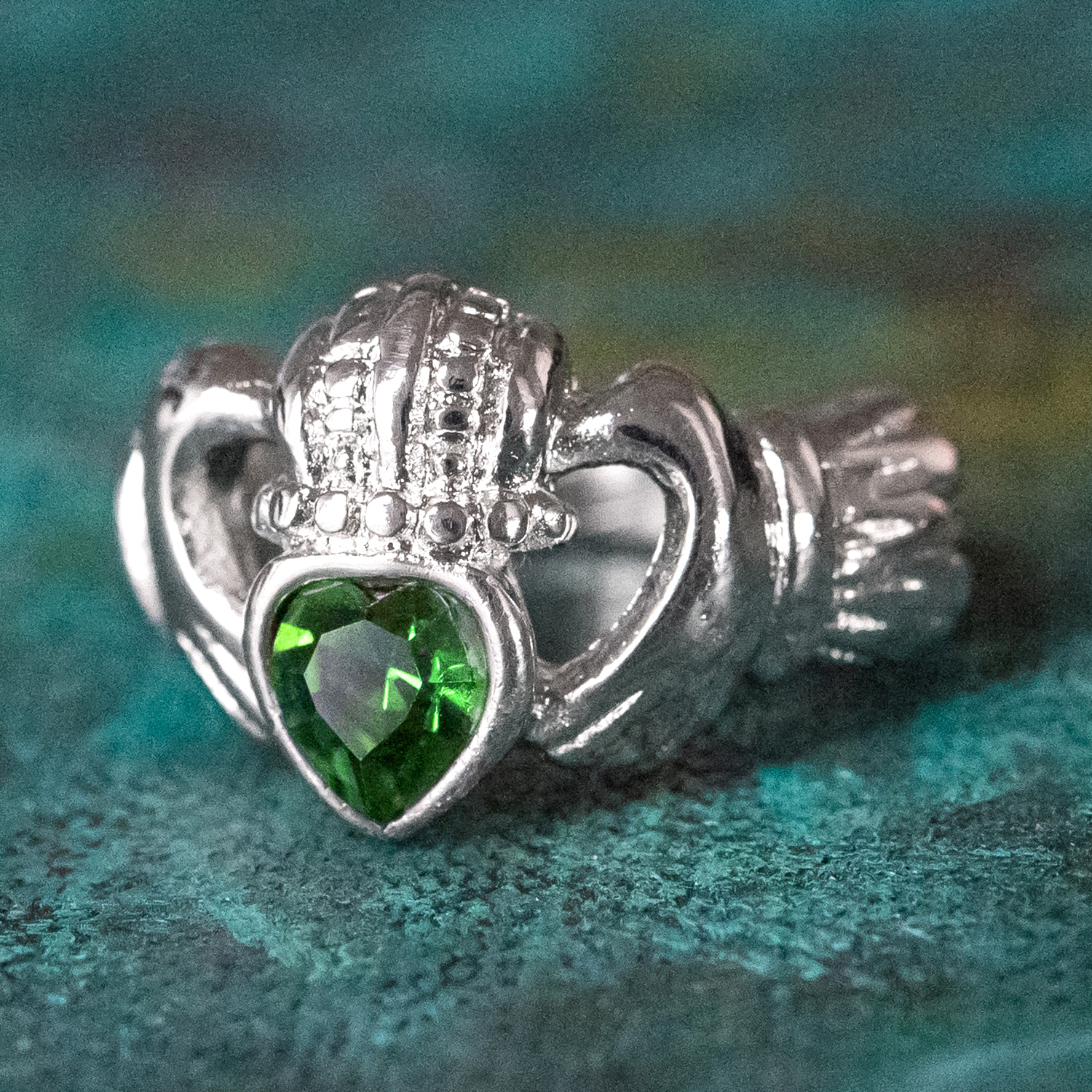 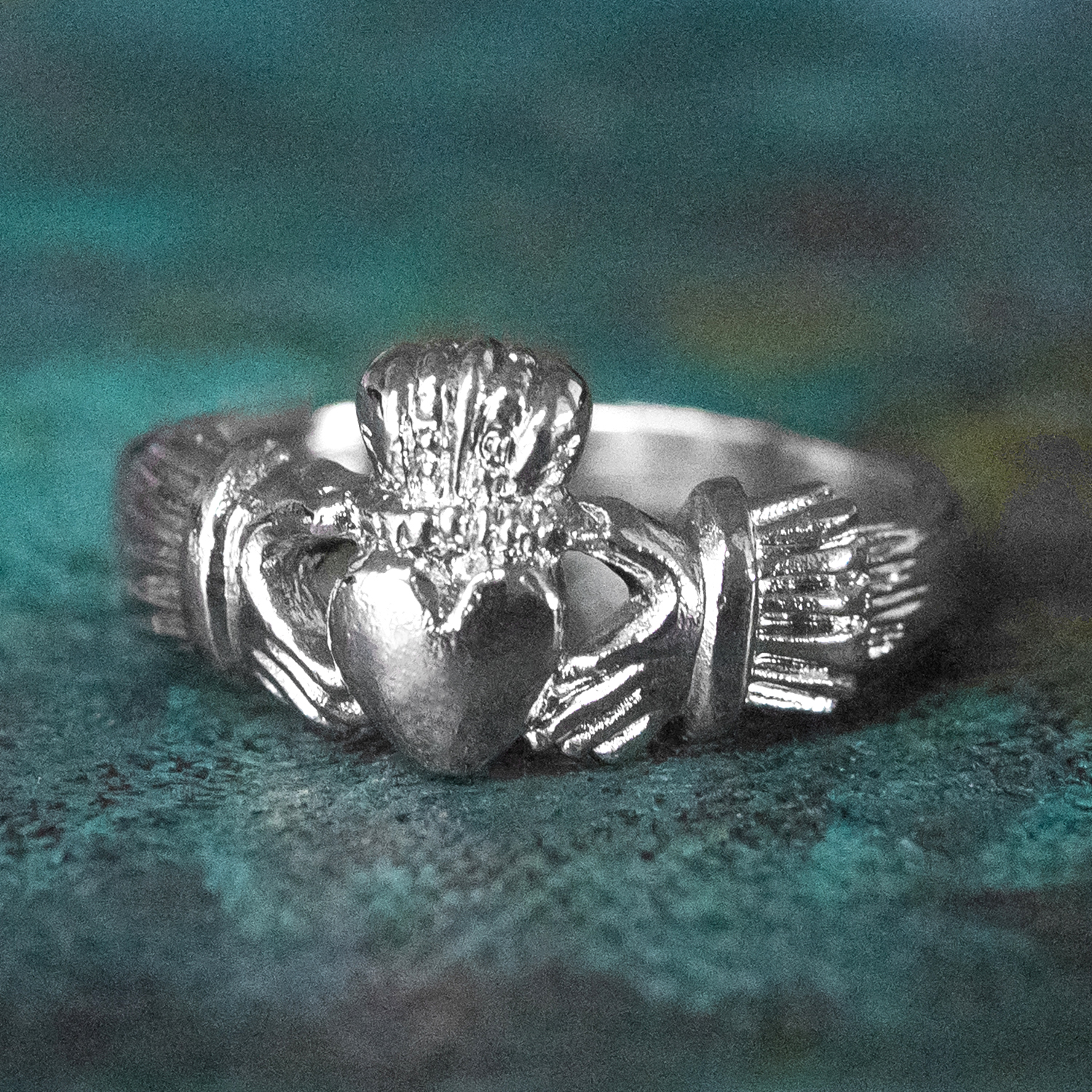 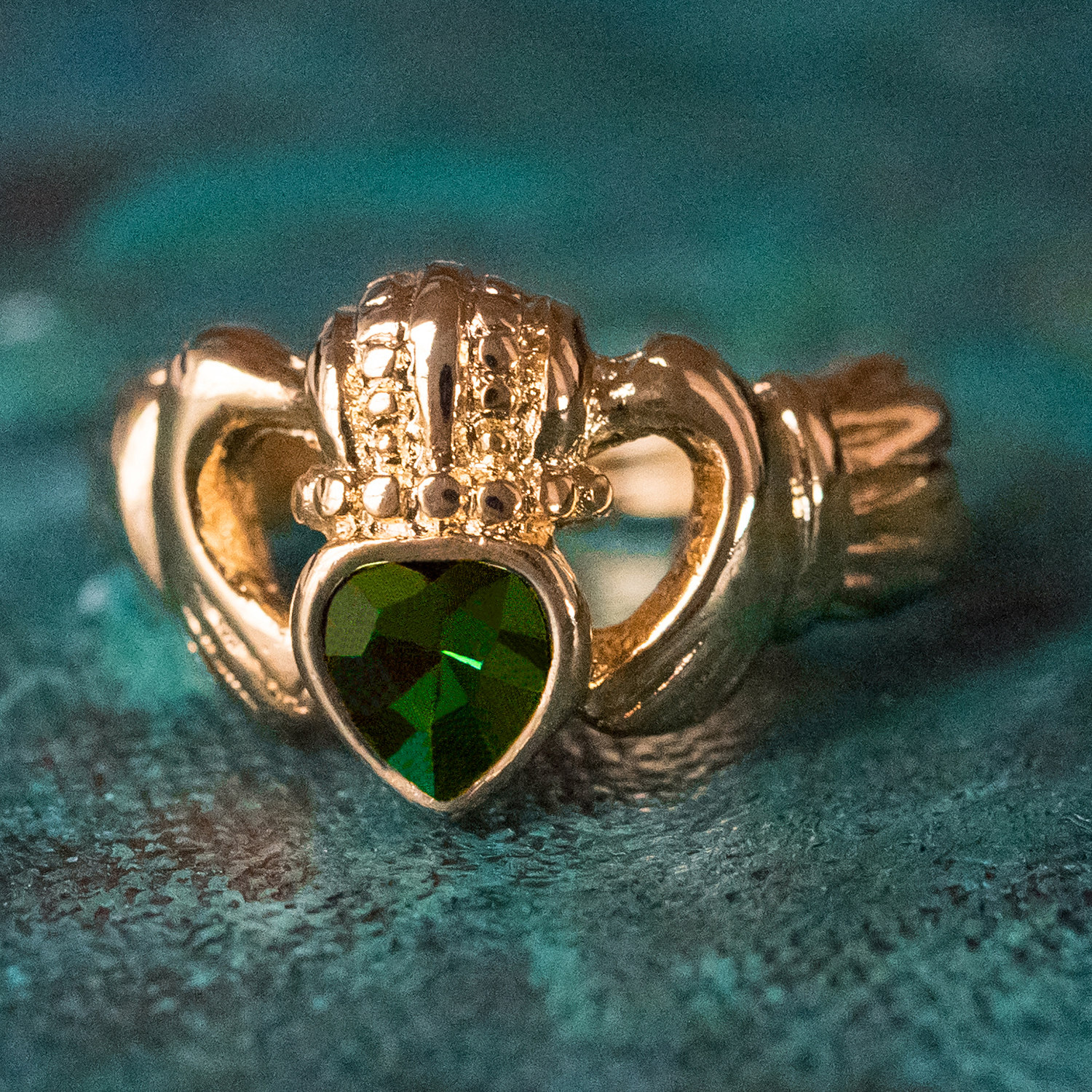 Vintage Claddagh rings designed and made in America

What is the correct way to wear an Irish Claddagh Ring?

Whether you believe the legend or not, there is no doubt that the Claddagh is the ultimate symbol of love. There are a number of ways your ring can be worn to convey your relationship status.

4 Ways to Wear your Claddagh

1.Right hand with the point of the heart facing towards the hand: The heart is turned in towards the wearer meaning their heart is taken and they are in a relationship. 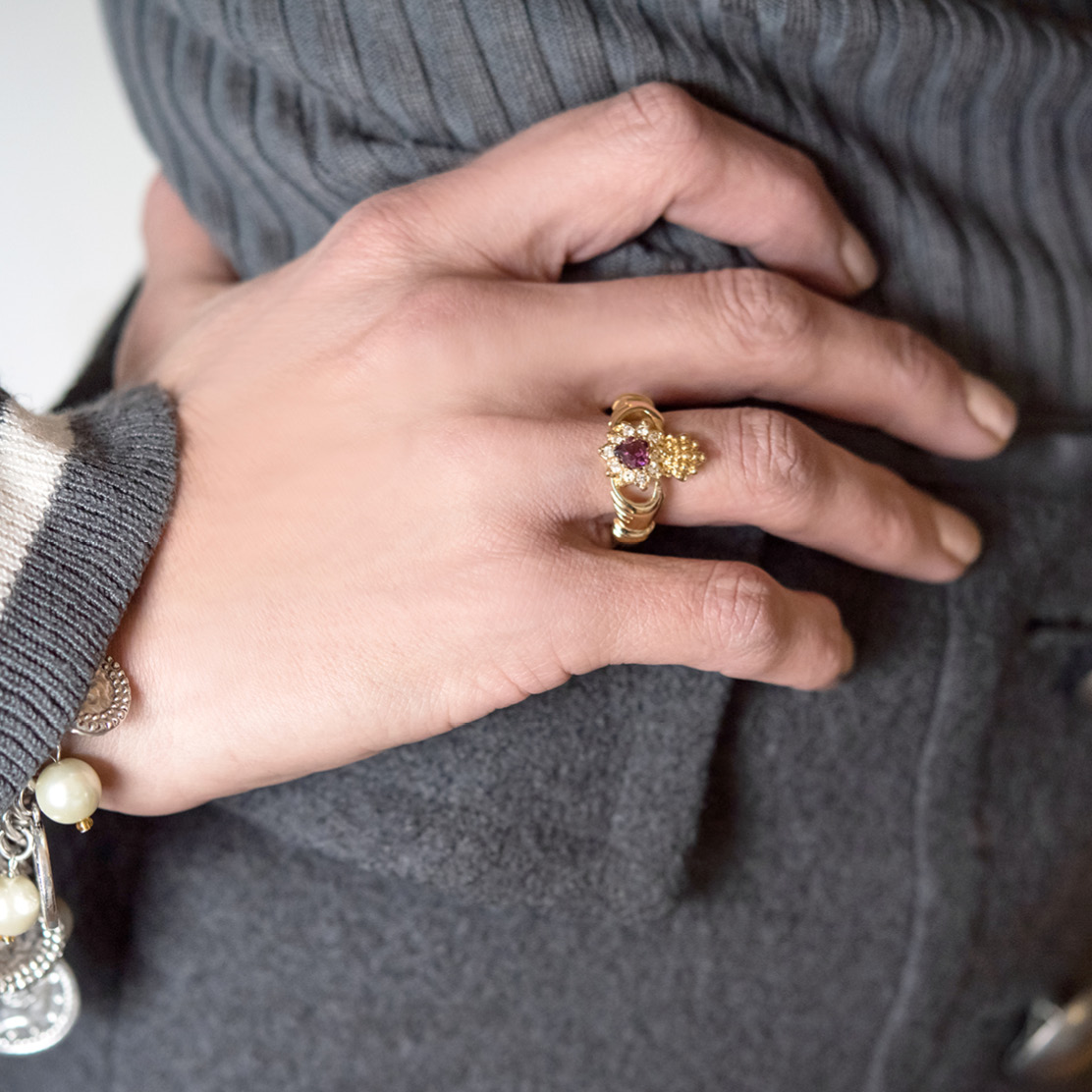 2.Right hand with the point of the heart away from the hand: The heart is turned out away from the wearer meaning their heart is open to love and they are not in a relationship. 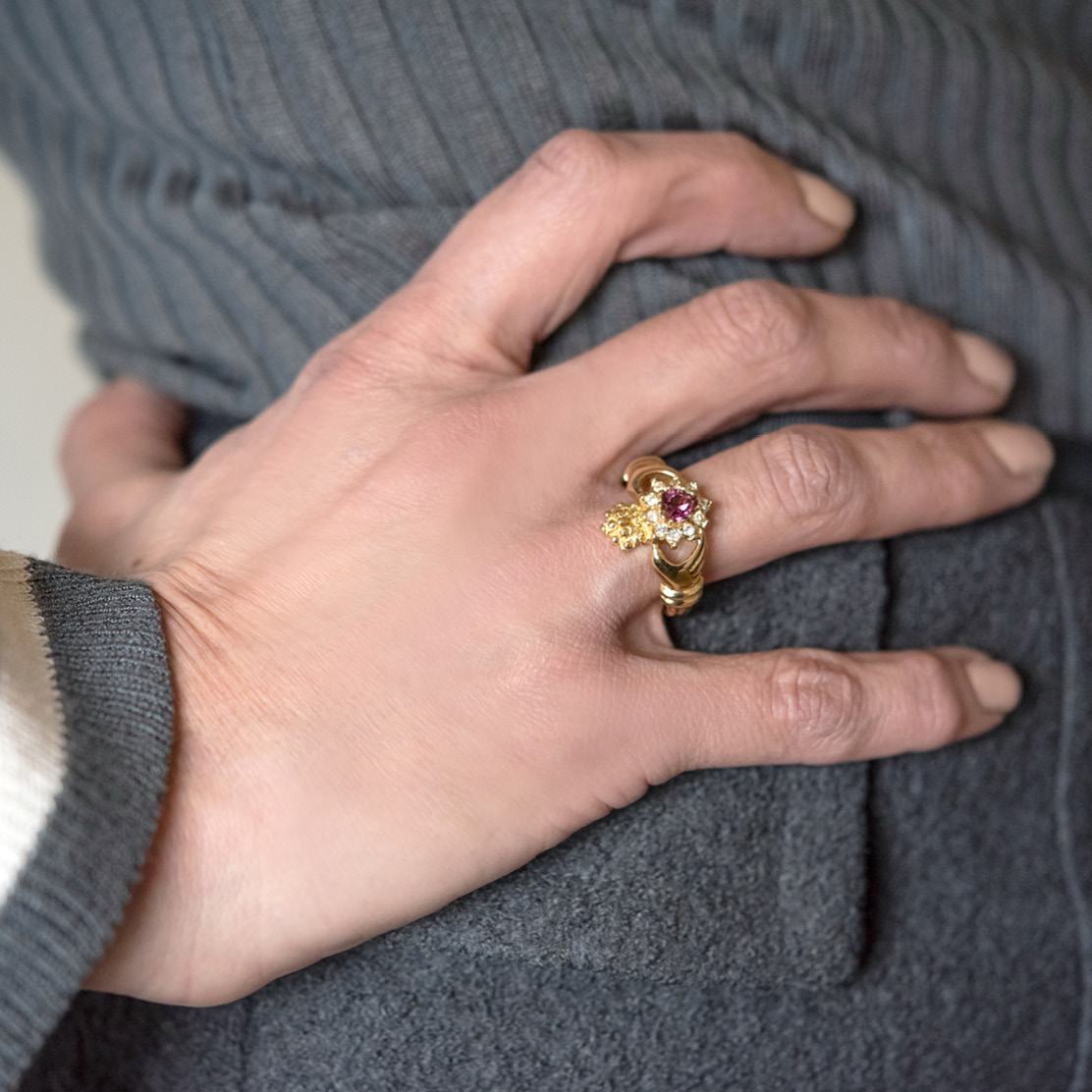 3.Left hand with the point of the heart pointing away from hand: the wearer is engaged or in a lifelong partnership. 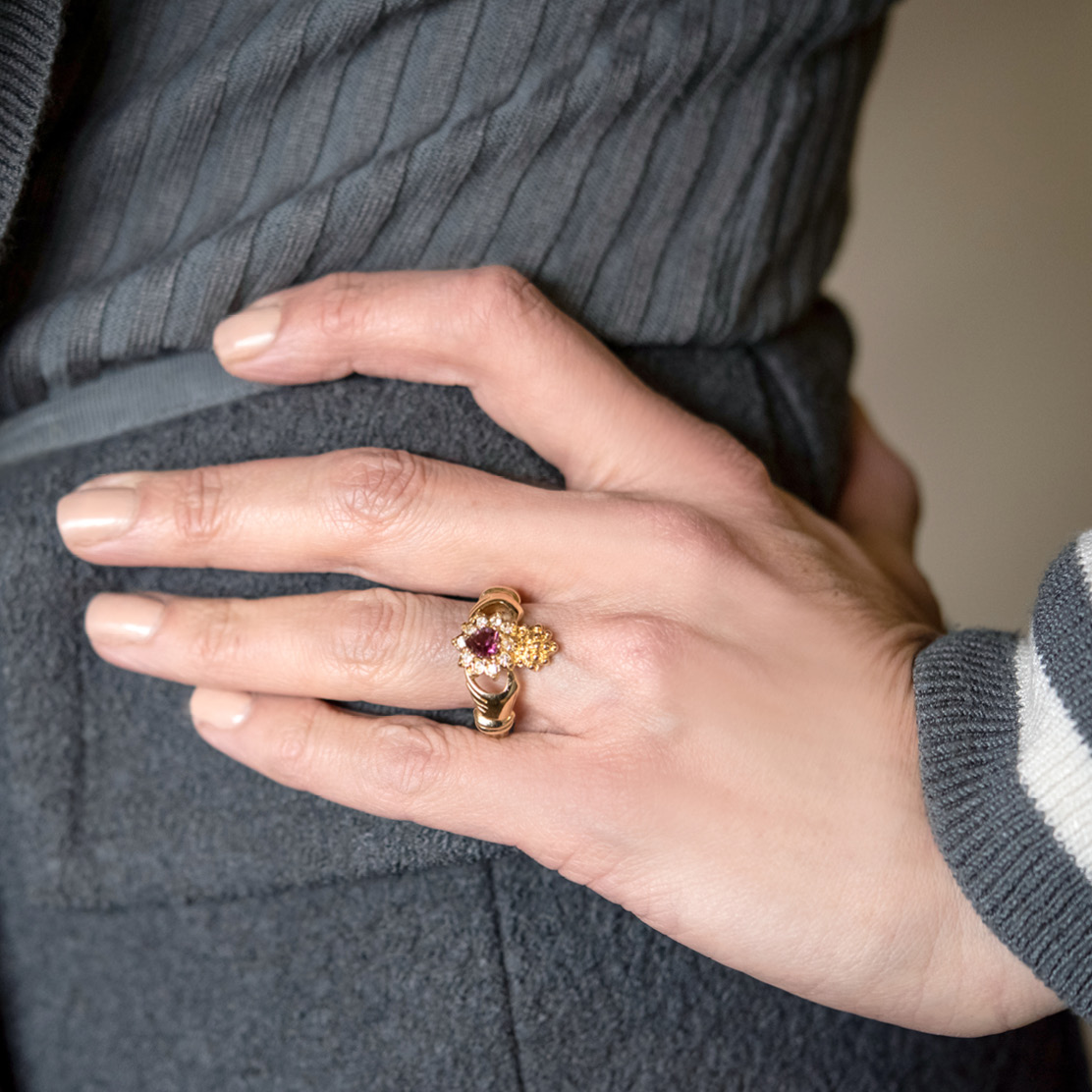 4.Left hand with the point of the heart pointing to the hand: the wearer is married! 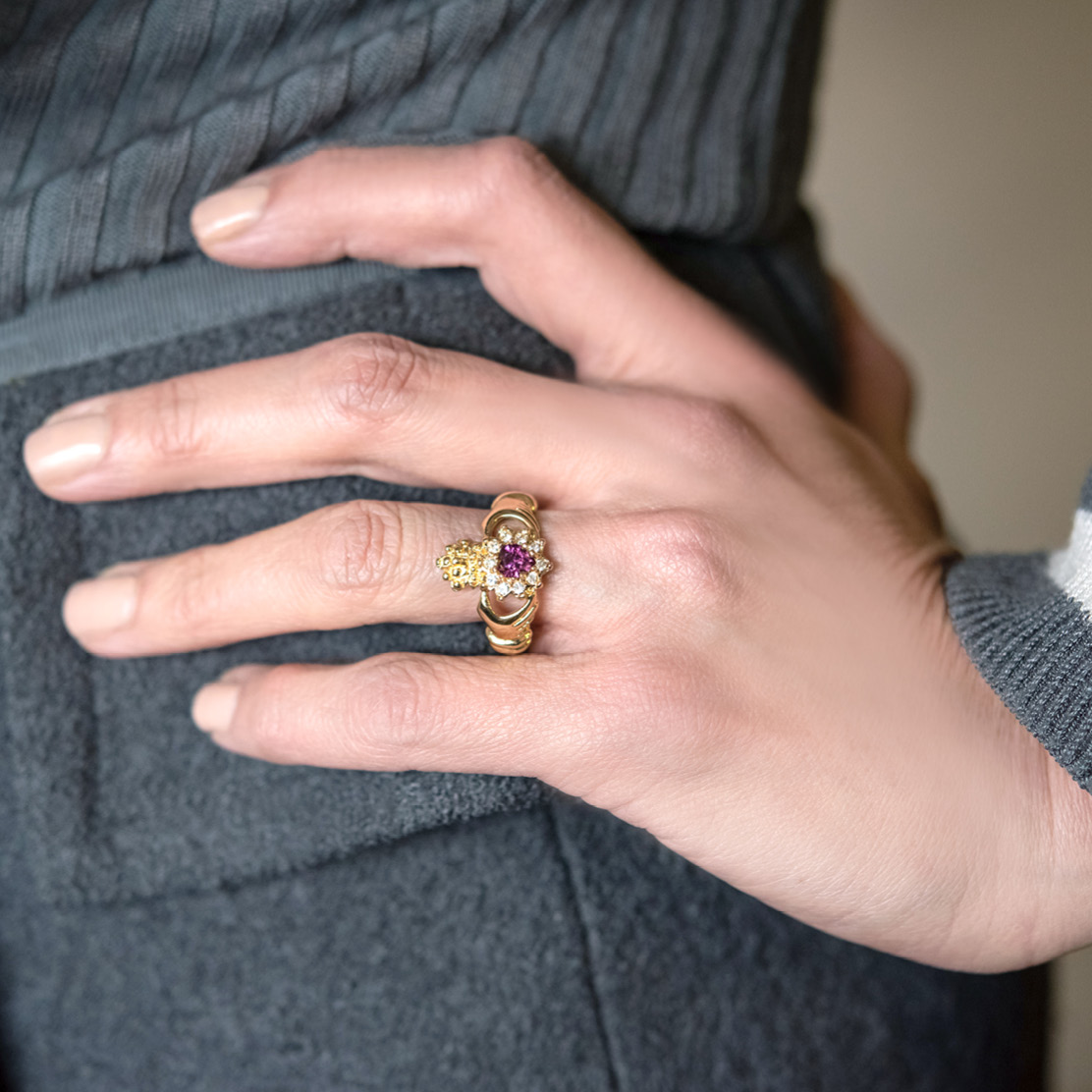