Providence Vintage Jewelry has a long interesting history in America.  Here is a look at how it all began.

So as you can see, we have an array of vintage rings in many different styles. Where did they come from? Why do they look brand new? When were they made?

Our founders were from Naples, Italy. During the Second World War, Antonio Calandrelli  was an engineer and developed torpedoes for the Italian government. He was asked to come to America to design and build torpedoes for the American government. He, along with 11 other engineers, left Naples in 1942 and after a month at sea dodging German submarines, landed in Newport, Rhode Island. They traveled to America in search of a better life as so many did and continue to do today.

There, in Newport, RI along with the other engineers, he developed world class torpedoes for the Americans. When the war was over, he was allowed to become a citizen of the United States along with his immediate family. His wife Emilia and their children arrived in New York in 1947 to start a new life.

After the war, Mr. Antonio Calandrelli began working in a local jewelry factory producing rings. They worked for the leading ring manufacturers at the time.  His son Renato joined him at the factory and began learning the trade of tool maker.

They were the best at what they did.  After years of working in a factory, they decided to start making rings themselves.  It all started in 1973 when Renato decided he would open his own factory along with his brother Gino.  They named it American Ring Company, the parent company of Providence Vintage Jewelry.

A picture of Mr. Renato Calandrelli.  He was featured in the LA Times in 1986. This photo now hangs in his grandson's office. 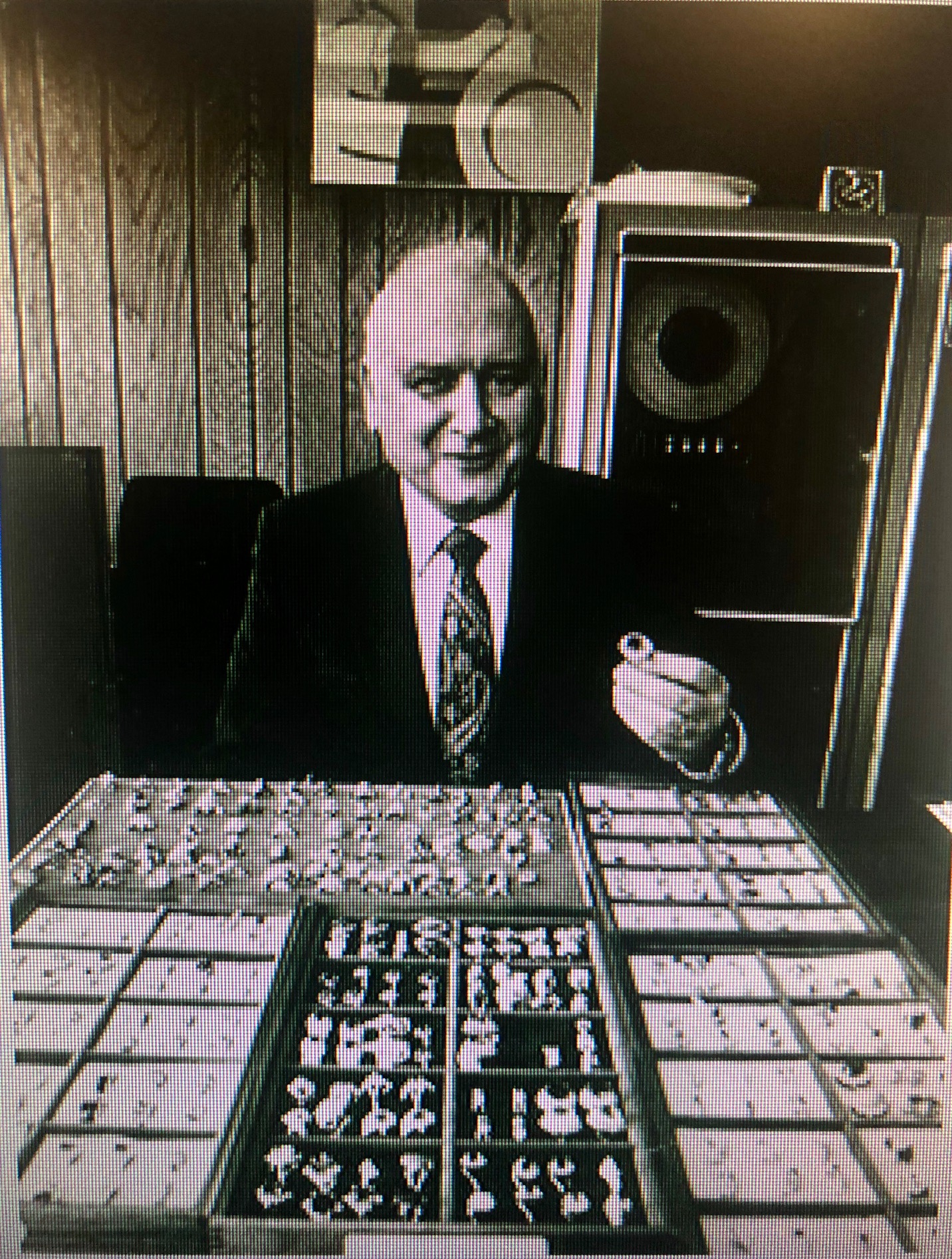 This American Flag is still hanging in this same location in our building. 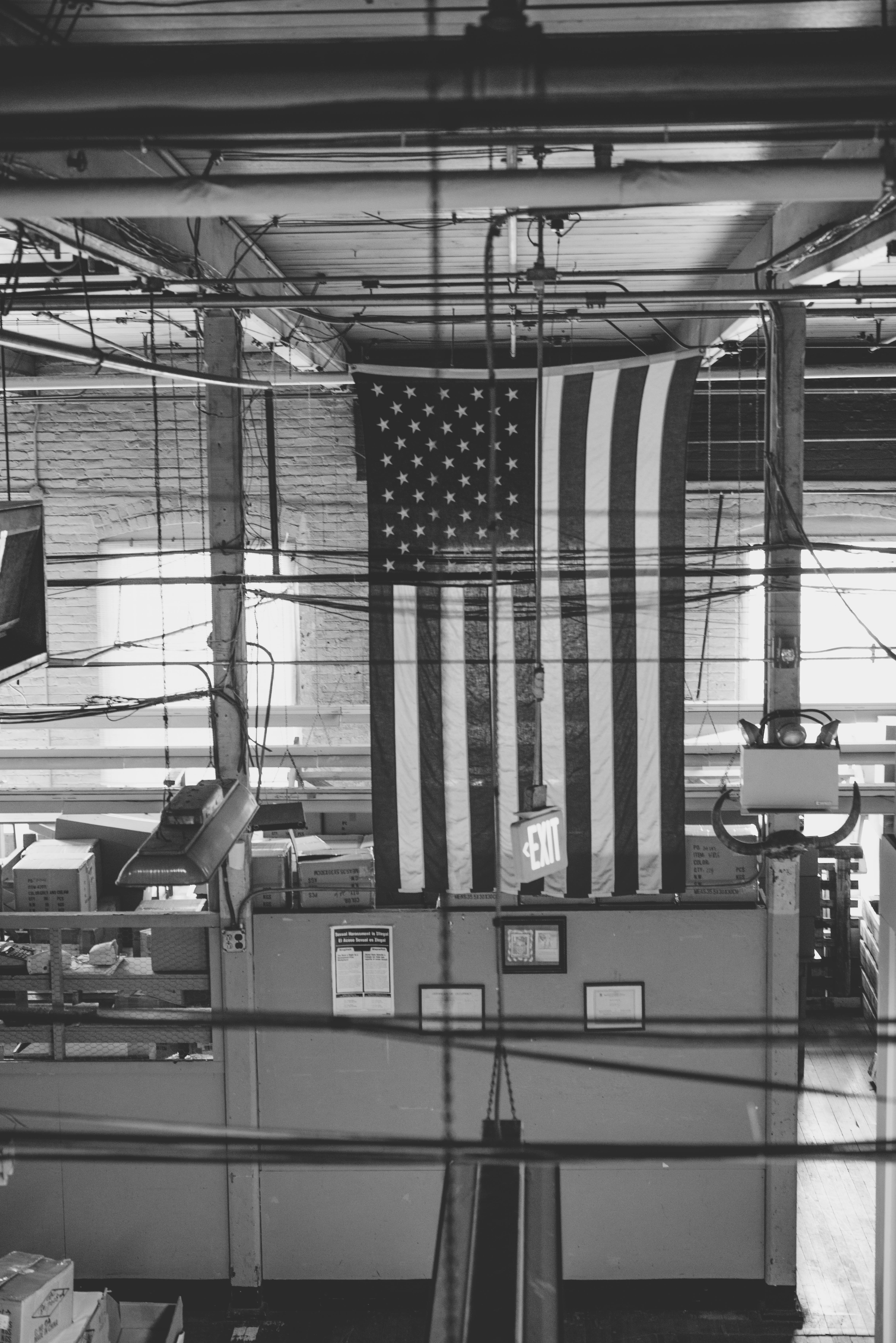 Taking a walk around our building.  The pictures below are of different work rooms in the building.

We still have all the machines and tools used to create our beautiful vintage jewelry. 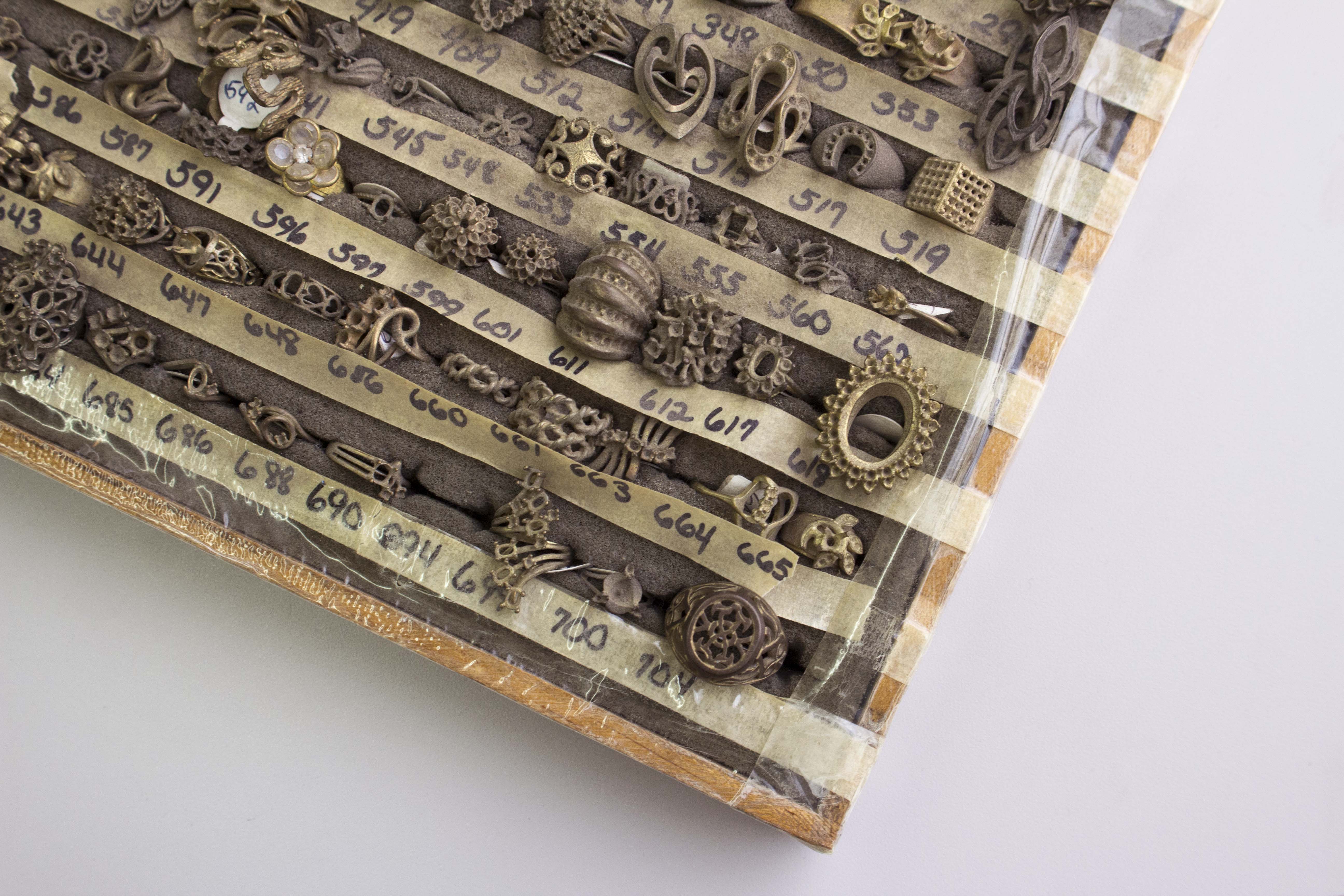 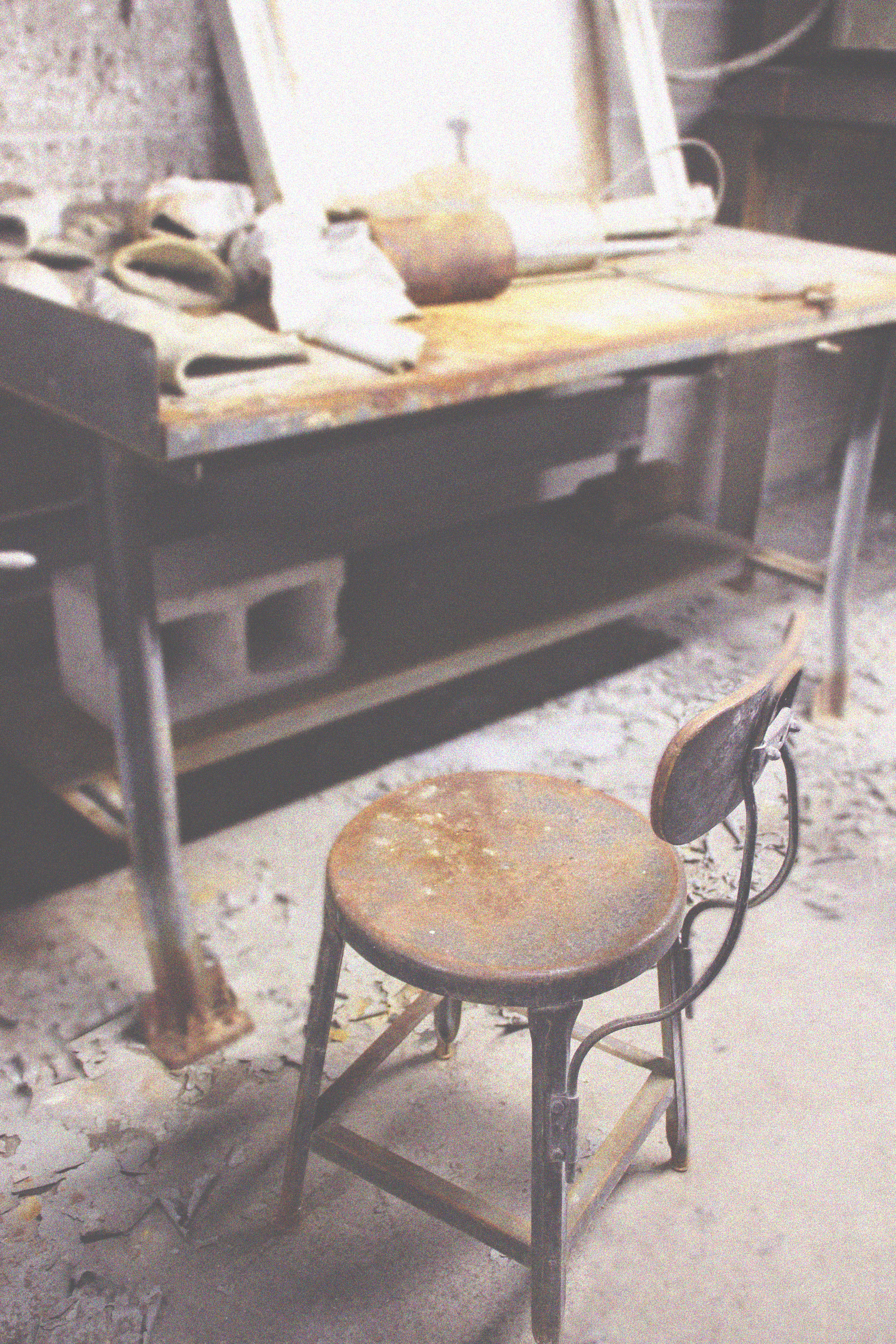 Shelving in our factory. 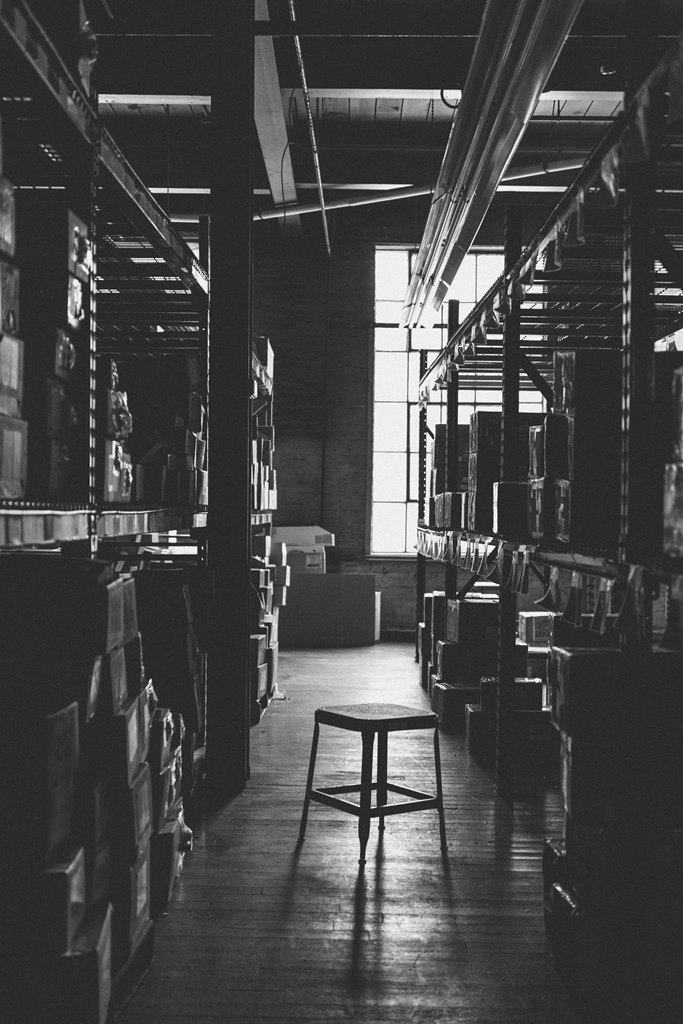 When our vintage jewelry was made, Providence was the Jewelry Capital of the World. From the 1970s to the 1980s, we had grown to be the largest manufacturer of fashion jewelry in the world! Selling to all the major high end department stores in the country.

Designs and finished product.  All designs and molds have been carefully stored all these years. 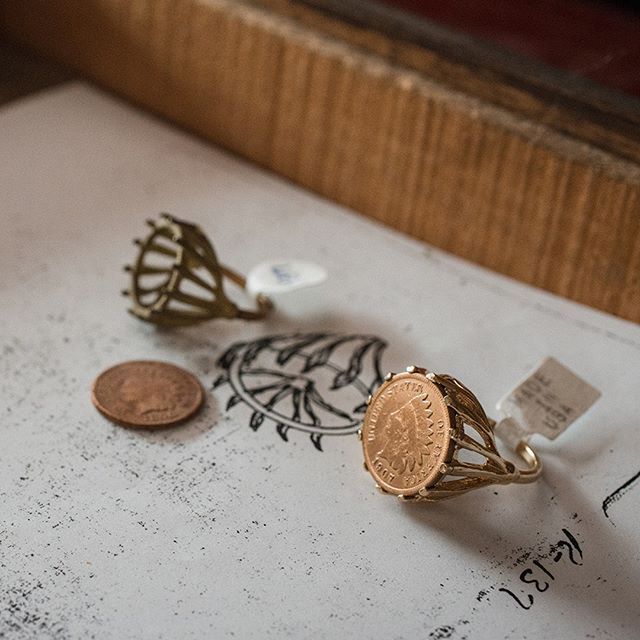 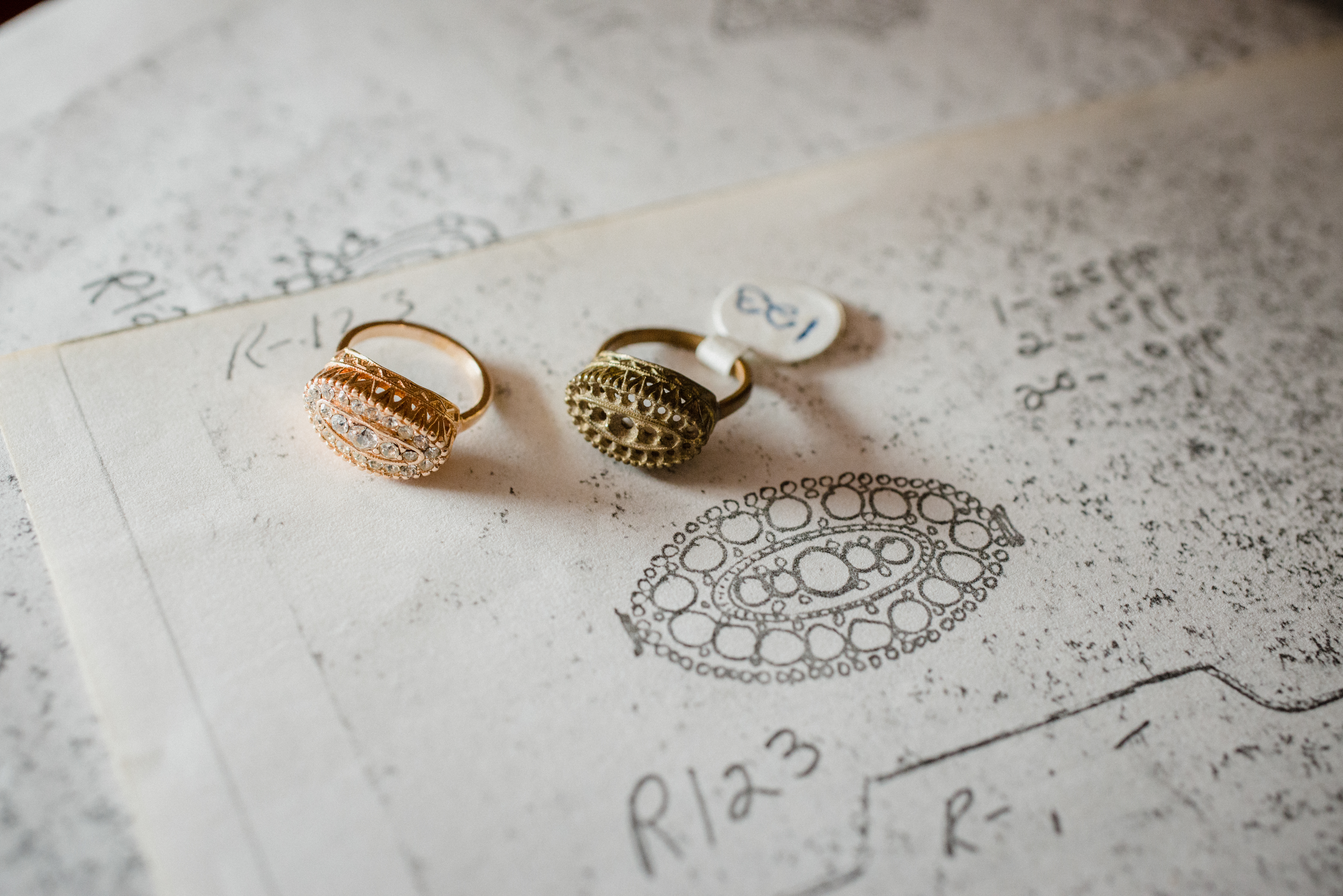 In the early 1990's life in the jewelry manufacturing business changed.  All production was halted in the US and shipped overseas. American Ring continued to operate as the largest importer of jewelry and continued to supply all the major department stores as always. As the Calendrelli family grew, American Ring continued to employ the largest workforce in Providence, Rhode Island, including any family members who wanted a job at the factory.  American Ring now had two generations of the Calandrelli family working the business. Mr. Anthony Calandrelli, son of Renato, joined in 1978 after graduating from Boston College.  They decided to take all the inventory they had already made along with all the designs and castings and stored them safely away. Twenty years later, in 2013, the company is now solely run by Anthony Calandrelli. He had the idea to take all the beautiful inventory that was stored away and share it with the world of vintage lovers.  We opened our shop on our Etsy store under the name of Providence Vintage Jewelry. We were amazed at how much people loved our jewelry and appreciated the quality and unique designs.  We than extended our stores to our own website and later added a store on Amazon. 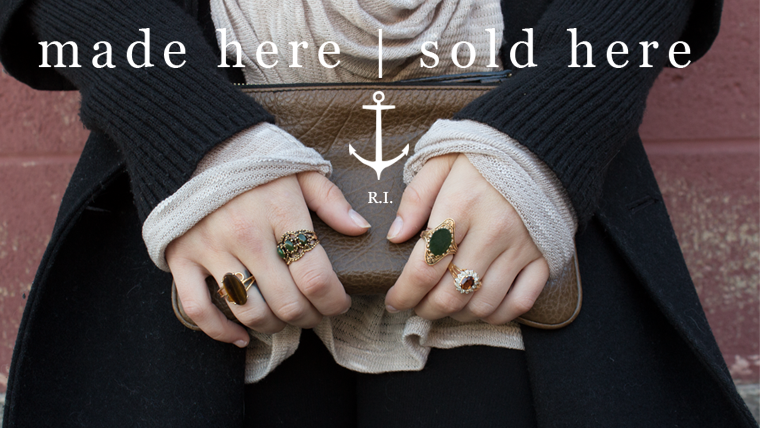 In 2015, American Ring/Providence Vintage Jewelry welcomed the third generation of the Calandrelli family, Daniel Calandrelli. Under Daniel's direction, the company continues to grow the online business.

Our vintage items were 100% handcrafted in the U.S.A using old fashioned processes and quality materials that are no longer used in manufacturing today

At Providence Vintage Jewelry, we offer an unique opportunity to purchase, wear and love authentic vintage pieces directly from the source all designed and made in the United States.

We have a wide variety of birthstone rings in an array of different styles to choose from for every month of the year! We have Edwardian, Art Deco and Retro fashion jewelry as well as a variety of genuine semi-precious stones including emerald, ruby, sapphire, cubic zirconia, opal and pearl. Our staple stone is the Swarovski Crystal. Some items do have precious stones and are labeled as such. We are very proud of our wide selection and always try to have something for everyone… even men!

You'll want to act fast and as our items sell quickly and are irreplaceable! Unfortunately, in the business of vintage, once an item sells out, it's gone for good as we no longer make this beautiful jewelry and have not for decades!

We love vintage jewelry and hope you love our jewelry as much as we do.